Forty is the old age of youth; fifty is the youth of old age.
– French Proverb

Sacred Number Seven
Seven is commonly thought of as a mystic or sacred number. It is four and three, which were  lucky numbers according to Pythagoras

This January, I celebrated my 49th sun and 50th moon cycles. Being Chinese, I look at our traditional system of aging and based on the Chinese lunar calendar, I am 50 and my birthday passed in December, but according to the Western Gregorian calendar, my birth date is in January, and I am 49.

Now this is a basic question – how old are you?

Yet I am not sure…

So this has made me think of movement of life and the meaning of numbers. Turning 50 has always been celebrated in Western culture as a significant passage – it’s half a century, and in ancient times, we were closer to death than to life.

On my 7 x 7 Jubilee year, I wanted to share some sweet sacred sevens…enjoy! 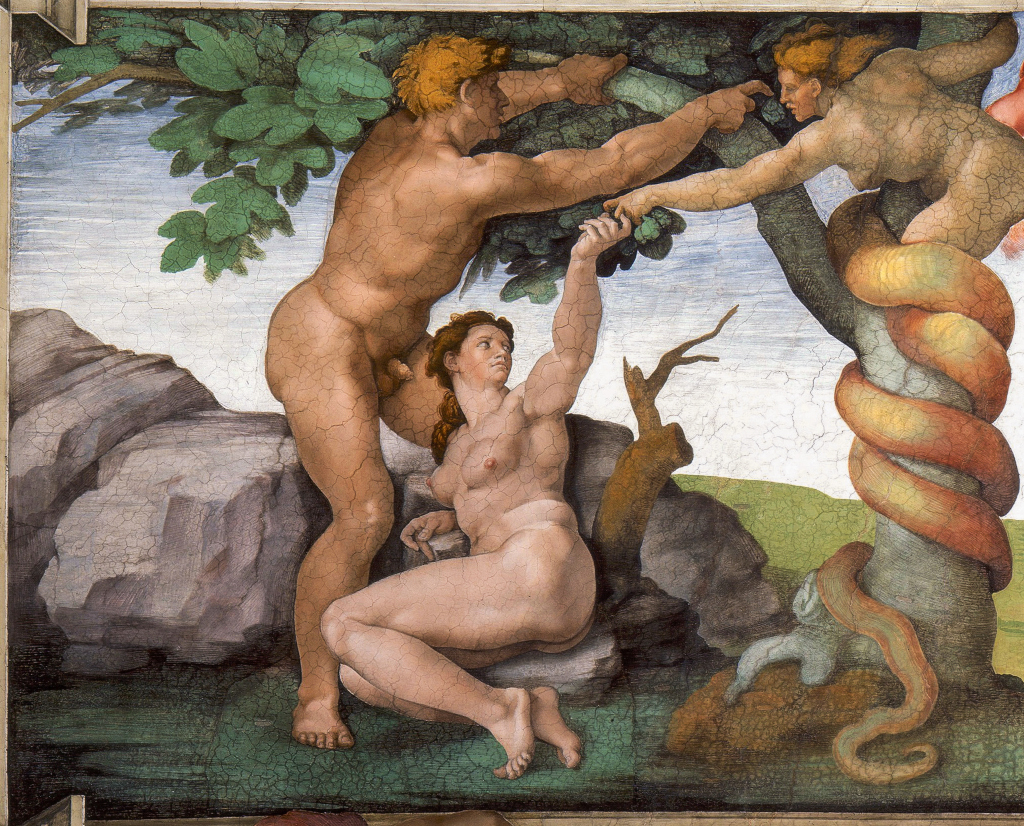 Every Seventh year was sabbatical, and Seven times Seven years is the jubilee, along with Seven days being the celebration of weddings and mourning for the dead.

The three great Jewish feasts Rosh Hashanah (New Year), Yom Kippur (Day of Atonement) and Sukkot (Festival of Booths) last Seven days; and between Rosh Hashanah and Yom Kippur are Seven weeks. The Talmud has Seven stages in the life of man, and the Seventh son of a Seventh son is thought to have mystical and magical powers.

Arabians have Seven holy temples and Persian legends talk of Seven caverns which aspirants must pass in Seventy years.

In Egypt, Seven is sacred to Osiris and there are Seven Hothors who predict or bestow a newborn’s fate. Pharaoh had a dream where he saw Seven years for his wives, and Seven priests with Seven trumpets marched round Jericho once every day, but Seven times on the Seventh day.

Samson’s wedding feast lasted Seven days; on the Seventh he told his bride the riddle, he was bound Seven times, and Seven locks of his hair were cut off.

Nebuchadnezzar was a beast for Seven years. Astrologers and alchemists recognized Seven planets, and there are many ancient theories connecting Seven with the human body and phases of development and formation

In Greco-Roman mythology,  Apollos harp has Seven strings, and according to Orphic legends, was torn into Seven pieces, and Pan has Seven reeds in his pipe.

Seven Sages Name were given by Greek tradition to Seven men of practical wisdom ~ statesmen, law-givers, and philosophers – Solon of Athens, Thales of Miletus, Pittacus of Mitylene, Cleobulus of Rhodes, Chilon of Sparta, Bias of Priene, and Periander of Corinth.

Arabians have Seven holy temples and Persian legends talk of Seven caverns which aspirants must pass in Seventy years.

In Egypt, Seven is sacred to Osiris and there are Seven Hothors who predict or bestow a newborn’s fate. A whirling dervish turns Seven times toward heaven before spinning

Pharaoh had a dream where he saw Seven years for his wives; Seven priests with seven trumpets marched round Jericho once every day, but Seven times on the Seventh day.

Samson’s wedding feast lasted Seven days; on the Seventh he told his bride the riddle, he was bound Seven times, and Seven locks of his hair were cut off.

Snow White had Seven Dwarfs helping her and there is The Island of the Seven Cities. This is a land of Spanish folklore where Seven bishops founded Seven cities. The legend says that whoever visits the island never leaves it.

A collection of tales, Seven Wise Masters is about a sultans sons education in the Seven liberal arts by Seven wise masters. Also known as The Seven Viziers, The Story of the Seven Sages, or Sinbadnameh. During Seven days when the prince was ordered to maintain silence, his stepmother tried to seduce him. Having failed, she tried to accuse the prince and sought to bring his death by telling Seven stories. Each of her narratives was confuted by Seven sages, who in turn told their tales.  There are versions of these tales and the oldest text is in The Thousand and One Nights

The Hawthorne tale House of Seven Gables is considered a classic of American literature.

Shakespeare made literary reference to Seven in King Lear and his most frequently quoted line is from “as You Like It”, and refers to the  Seven ages of man: infant, schoolboy, lover, soldier, justice, pantaloon, and second childhood, “sans teeth, sans eyes, sans taste, sans everything”.

Seven Year’s War (1756-1763) against Fredrick the Great of Prussia was waged by France, Austria, and Russia. England.

In Buddhism Seven represents ascent toward the spiritual center which happens in Seven stages. Muslims have Seven heavens and a whirling dervish turns Seven times toward heaven before spinning.

Seven Heavens is a concept of ultimate spiritual bliss based upon the Koran. Muslims believe Allah created Seven heavens, on above another, and the Prophet Muhammed was carried there on his horse Borak.

The Muhammadan Seventh Heaven, is said to be “beyond the power of description.” One goes after death to the Heaven earned on earth, and the Seventh Heaven, ruled by Abraham, is the ultimate one, a region of pure light lying above the others, the Heaven of Heavens.

In India, there are Seven Chakras (energy centers) in the body which correspond to states of consciousness, developmental stages of life, archetypal elements, body functions, colors, sounds, and more. They formulatewholeness and are a template for transformation.

Japanese have Seven gods of luck known as Shichi-fuku-jin. They are comical deities depicted on a treasure ship. The Shichi-fuku-jin are personifications of earthly happiness in Japanese folk religion.

Seven Liberal Arts – classification of educational curriculum in the West during the Middle Ages, from late fifth century AD onwards. The name ‘liberal arts’ originates with Aristotle who talks of the basic knowledge needed for a properly educated citizen. They were divided into the trivium: grammar (i.e. literature), rhetoric, and dialectic, and the advanced quadrivium: arithmetic, geometry, music, and astronomy.

Seven Wonders of the Ancient World – 1) Pyramids at Giza, Egypt 2)The Temple of Artemis at Ephesus, Asia Minor 3) The Colossus of Rhodes 4) The Hanging Gardens of Babylon 5) The Statue of Zeus at Olympia 6) The Pharos of Alexandria 7) Mausoleum at Halicamassus, Asia Minor

Seven Wonders of the Middle Ages – 1) The Colosseum of Rome 2) The Catacombs of Alexandria, Egypt 3) The Great Wall of China 4) Stonehenge 5) The Leaning Tower of Pisa 6) The Porcelain Tower of Nanking 7) The Mosque of Hagia Sophia

The Seven-year itch has been synonymous for sexual desire since 1660. When first recorded in 1899, it meant “a type of itch allegedly requiring Seven years of healing.” Influenced by the sense of itch as a metaphor for sexual desire, it came to mean a married persons urge to roam after Seven years of marriage, a meaning popularized by The Seven Year Itch (1955) with Marilyn Monroe.

Hope all y’all had fun with these numbers….I did!

The years between fifty and Seventy are the hardest. You are always being asked to do things, and yet you are not decrepit enough to turn them down.
– T.S. Eliot

********************************************************************
CORA WEN grew up in a traditional Chinese household in Asia and the West, and took refuge in the Buddha as a teen. After sowing wild oats in New York City throug the late 70s, she had 2 successful careers in Fashion and Banking. She spent her childhood in Hong Kong, Indonesia, Switzerland, Australia and the US, and has travelled extensively in Southeast Asia. Since 1994, Cora has taught Yoga internationally, mentored by America’s most influential Yoga lineage. She has been dedicated since 2002 in support of preserving culture for exiled Tibetan people and in the plight of land mine victims. ERYT500 Yoga Alliance CYT Internatianal Association of Yoga Therapists

About the author: Cora Wen

No other information about this author.

Dear Cora: I want to thank you for your energy this weekend that you shared so generously at Riverdog yoga here in CT. I will continue to remind myself to stand pushing my thighs back into proper alignment..I want to be strong! I am going to be 59 this year [yoga practice now 1.5 yrs] and really my body feels more like myself [when i was a child]..so I guess i am going back into second childhood. My daughter is working at this site in Italy room and board in exchange for labor in kitchen and garden she says it is wonderful -here is site thought you might like to see it-google: santa maria del sol

Dear Cora: not sure you got the first message. Thank you for sharing your energy + wisdom so generously this weekend at Riverdog Yoga in CT. Here is site where my daughter was similtanously spending a week. It is in Italy and quite beautiful. She has volunteered her time in the kitchen and garden for room and board. google:
santa maria del sol